Although outside of the City of London boundary, Temple Bar was one of the eight original City gateways.

When it was completed in 1672, Temple Bar stood at the point where Fleet Street now meets the Strand. Although outside of the City of London boundary, it was one of the eight original City gateways – the others being Aldgate, Aldersgate, Bishopsgate, Cripplegate, Ludgate, Moorgate and Newgate.

Today, Temple Bar is the only survivor; a fact that can be attributed to an unusual series of events culminating in its return to the City.

While the other gateways were demolished before the end of the eighteenth century, Temple Bar remained standing until 1878, when it became too expensive to maintain and it became the cause of traffic congestion.

The Corporation of London dismantled the Bar, labelling each stone and placing them in storage until a suitable site could be found to re-erect the gateway.

In 1880, Sir Henry Meux bought the stones and rebuilt the Bar as a gateway to his park and mansion at Theobalds Park (located between Enfield and Cheshunt). The work was completed in 1889.

The name Temple Bar derives from the gateway’s original position – near the Temple law courts. It displays its four original statues (Charles I, Charles II, James I and Queen Anne of Denmark) carved by John Bushnell, and new statues depicting the royal beasts, City supporters and associated coats of arms (cartouches) by Tim Crawley from Fairhaven of Anglesey Abbey.  These replace the original statues, which were lost after the Bar was removed from Fleet Street in the nineteenth century.

The Bar has an assured place in the history books; it has been a part of many processions and ceremonies and has even been used to display traitors’ heads impaled on spikes. More information is available about these and other aspects of the Bar’s colourful past at:

Discover more about the place 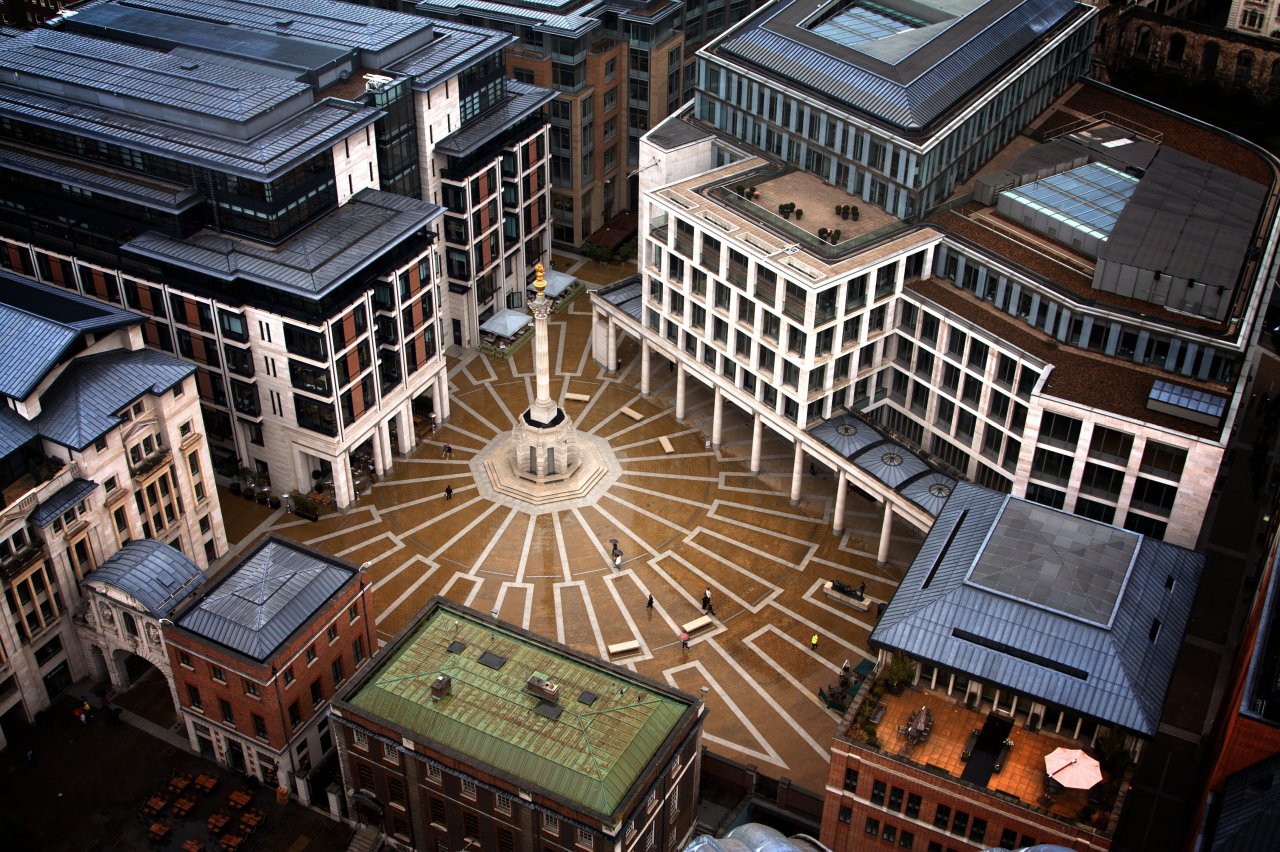 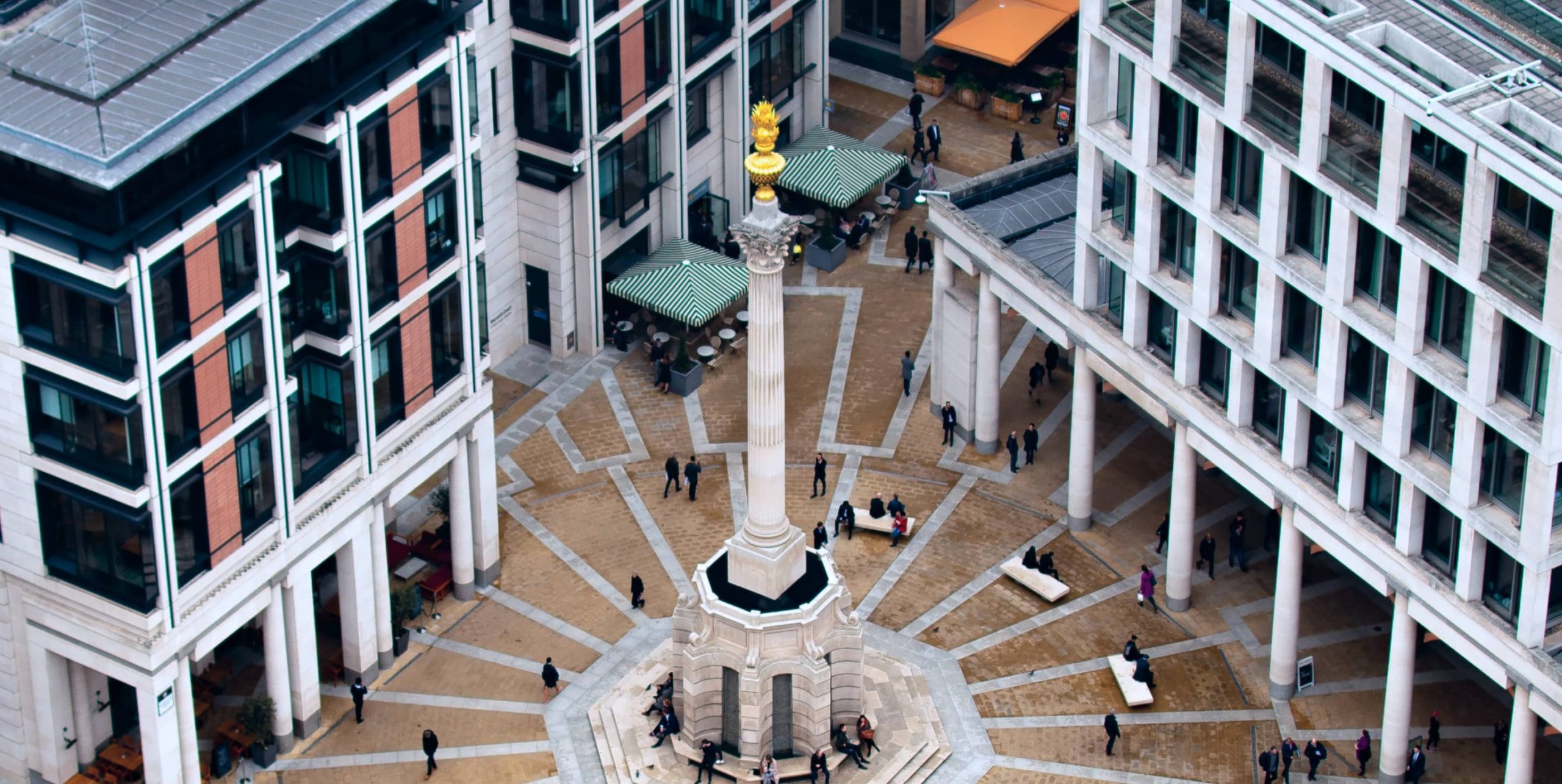 Situated at the focal point of the Square, the 23.3m Paternoster Column is part of a ventilation system.
See more
03/Vents 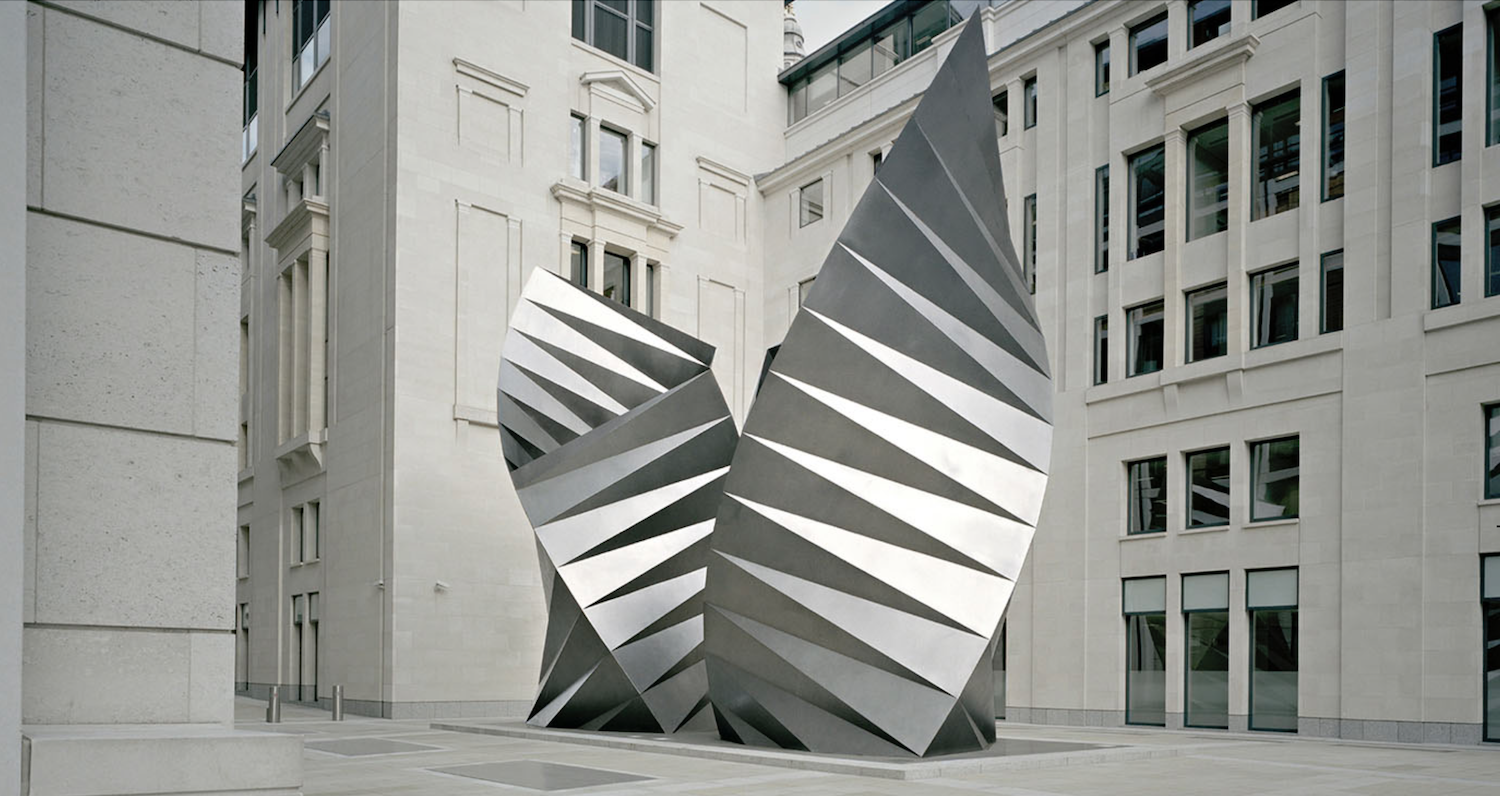 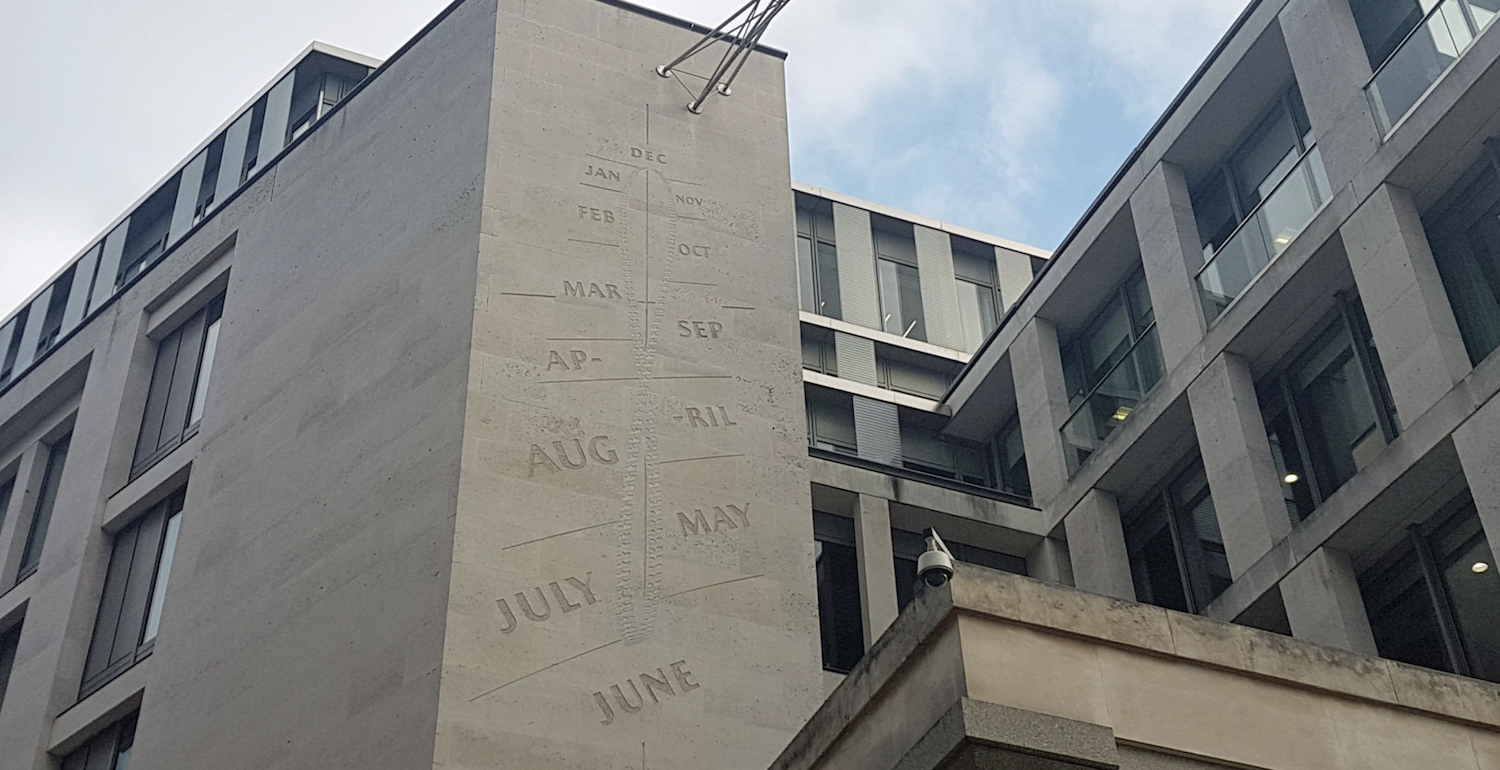 The noon-mark casts its shadow to reveal what day of the year it is when viewed in strong sunlight at midday.
See more
05/The Sheep & Shepherd 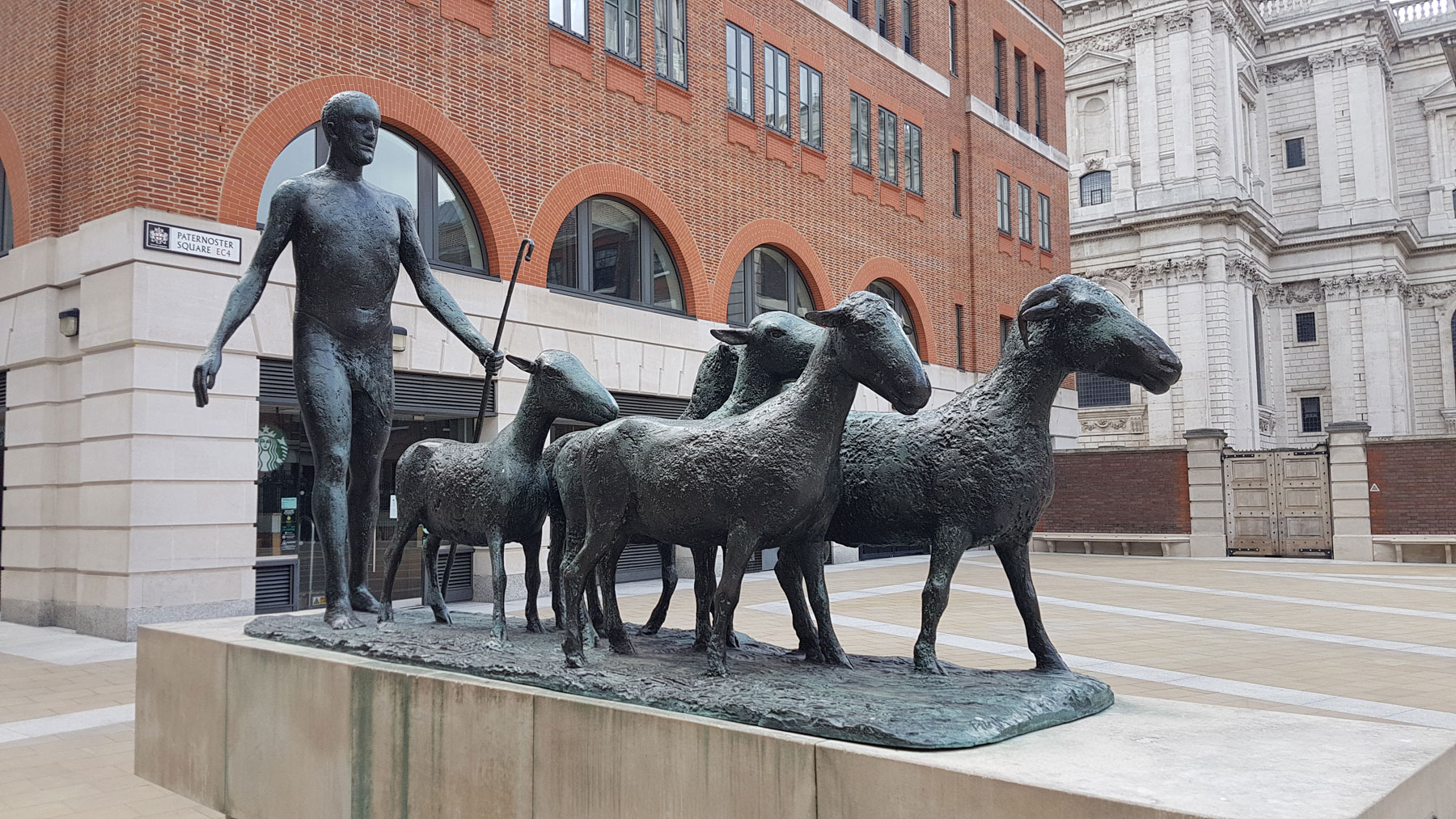 It is suggested that Frink’s sculpture is inspired by the mountainous region of Cervennes (France).
See more
06/Temple Bar 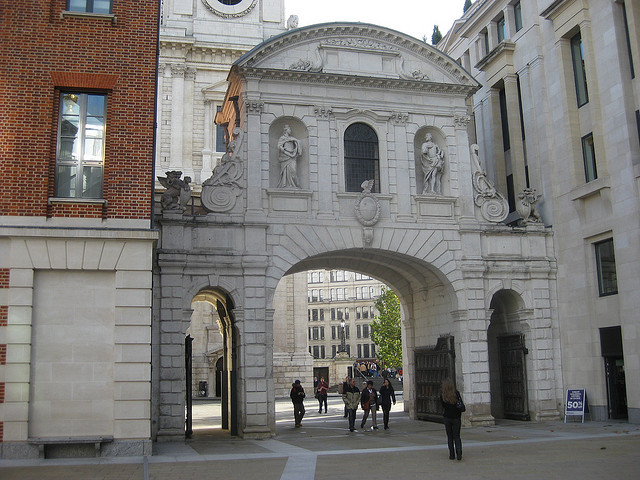 Although outside of the City of London boundary, Temple Bar was one of the eight original City gateways.
See more
07/St Paul’s Cathedral 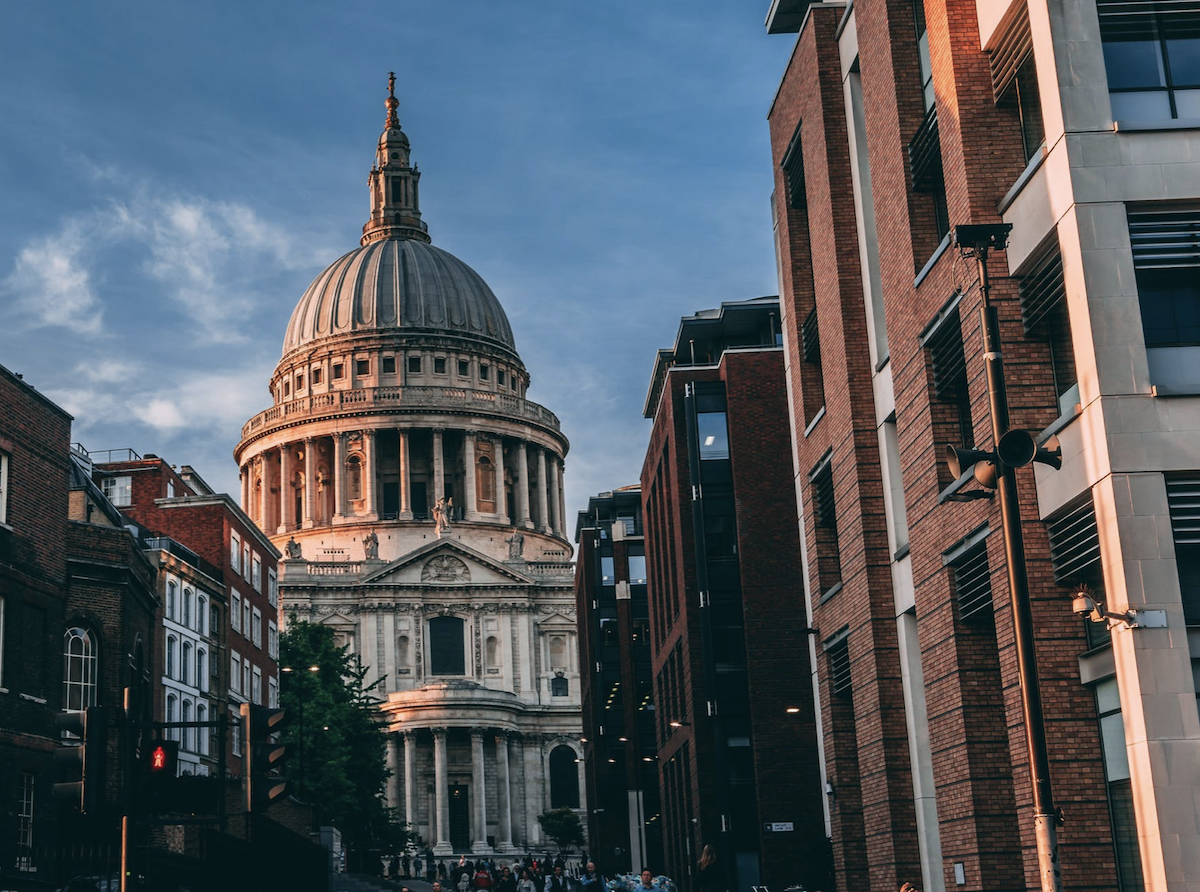 Throughout its history the cathedral has remained a busy, working church where millions come to reflect and find peace.
See more
Work here? Connect with us – Download our new app now on App Store Google Play